Fade vs Draw in Golf: The Differences and Tips for Each 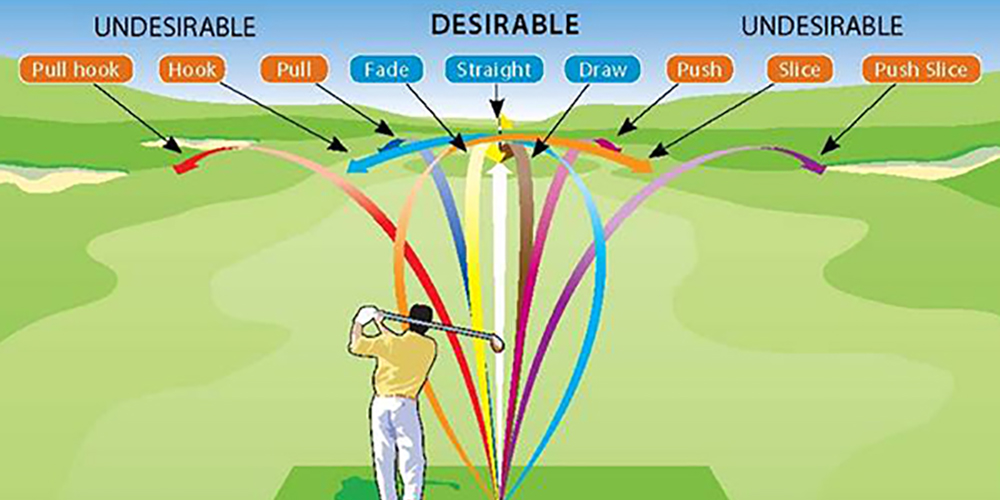 In this guide, we’ll break down the difference between a draw vs fade, cover the benefits of shaping golf shots, and explain how you can hit both shot shapes.

Covered in this guide:

Both “draw” and “fade” golf shots put slight sidespin on the ball, causing the shot to finish slightly off-center. While too much sidespin on a shot is usually bad, the slight side-to-side movement of draw and fade shots is often optimal or better than hitting it straight.

Golfers may find that their “natural” swing has a draw or fade shape to it, but many advanced golfers can purposefully shape these shots at will.

The Benefits of Shot Shaping

Shaping your shot can have benefits both from the tee box and when hitting approach shots.

First, let’s take a look at the benefits of shaping your tee shot.

On a “dogleg left” hole, a draw is often the optimal shot shape. A draw can allow you to get closer to the pin by curving your ball around the leftward bend. 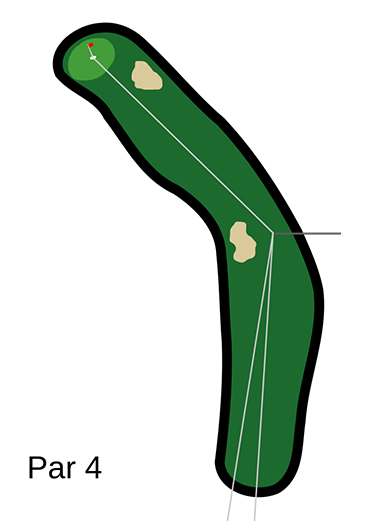 In most situations, if you fail to hit a draw and instead hit the ball straight, you’ll still be on the fairway, albeit further from the pin. In the same situation, a fade is likely to put your ball in the rough right of the fairway.

Draws and fades can also be useful for increasing your chances of avoiding hazards along the fairway.

Next, let’s consider the benefits of shaping your approach shot onto the green. 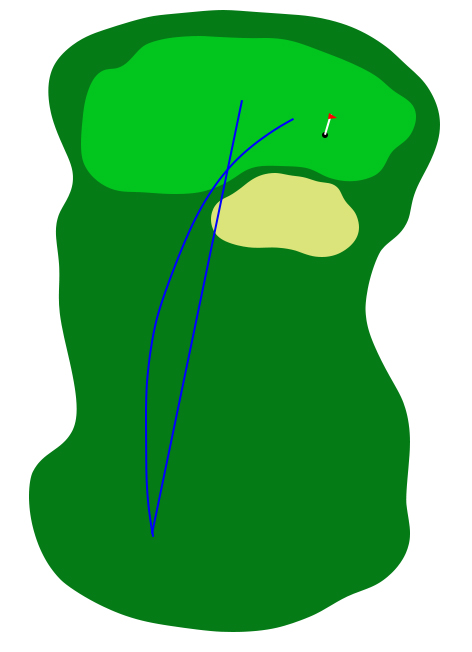 For this example, the hole placement is on the short and right side of the green past a bunker.

The safe play with a straight shot is to aim for the center of the green to avoid coming up short in the bunker or going off the back of the green. However, if you can fade your shot, you can get closer to the pin while mostly avoiding danger

Fading and drawing the ball also puts more overall spin on it, which helps prevent the ball from rolling off the green.

Playing to Your Shot Shape

You likely find yourself either fading or drawing the golf ball on some of your shots without even trying. No golfer can hit the ball perfectly straight every shot.

Between drawing and fading, it’s more common for golfers to fade the ball naturally.

If your shots either go straight or fade/draw, that’s fine or even a positive! You can play around your “misses” to the right or left.

If you regularly tend to spin the ball too much to the right (a slice), you may want to aim even more to the left. 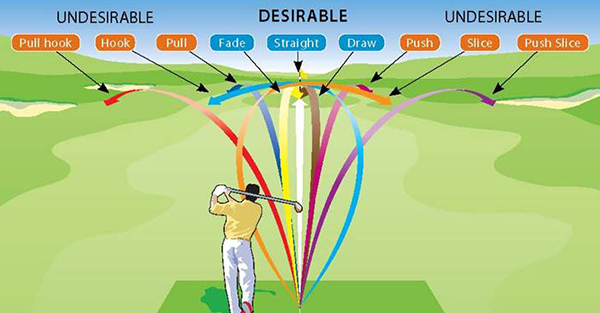 While drawing OR fading shots naturally is fine, you want to avoid doing both randomly. If you miss to the right and left, there’s usually nowhere safe to aim.

If you regularly miss to both sides or regularly slice or hook (and/or push/pull) the ball, you should probably improve your consistency before trying to learn how to hit a draw or a fade.

What is a Fade in Golf?

A “fade” is a golf shot that travels slightly left-to-right. A ball fades due to the spin placed on the ball from the clubface being slightly open relative to the swing path.

Does this all sound like “mumbo jumbo” nonsense? Well, I’ll make it simple.

How to Hit a Fade in Golf (Simple Method)

The simple way to hit a fade in golf:

What is a Draw in Golf?

A draw is the opposite of a fade. A draw is a golf shot that moves slightly right-to-left due to the spin placed on the ball from the clubface being slightly closed relative to the swing path.

How to Hit a Draw in Golf (Simple Method)

The simple way to hit a draw in golf:

You may also find it a bit easier if you place the ball slightly further back in your stance.