What is a Shamble in Golf? Shamble vs Scramble Differences 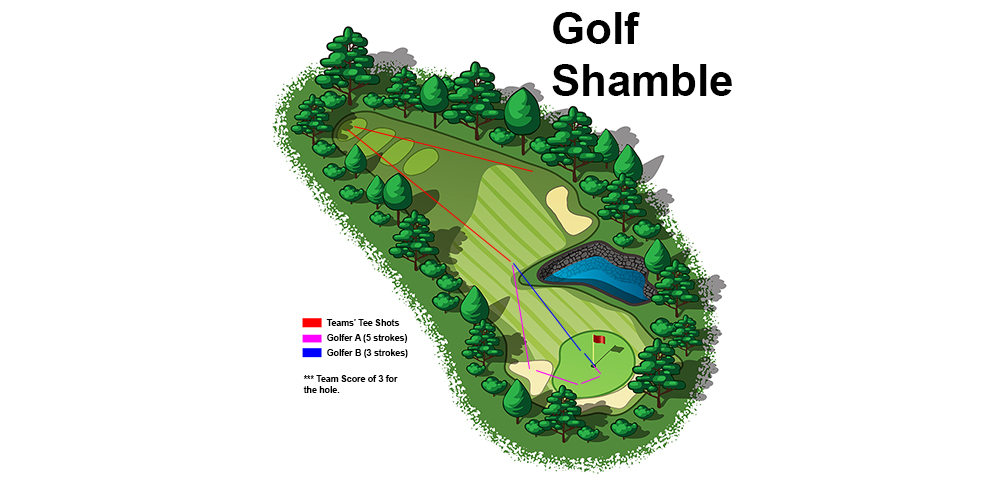 What is a Shamble in Golf?

A “Shamble” is a golf format where every member on a team of 2-4 golfers hits a tee shot. Following the tee shots, the best shot is selected. Each member then places a ball at the best tee shot and completes the hole by themselves.

Usually, the best score from one individual member of a team is used for the team’s score on each hole, though sometimes the lowest 2-3 scores are factored into the team’s score.

All team members continue to hit from the team's chosen/best previous shot until the hole is complete. 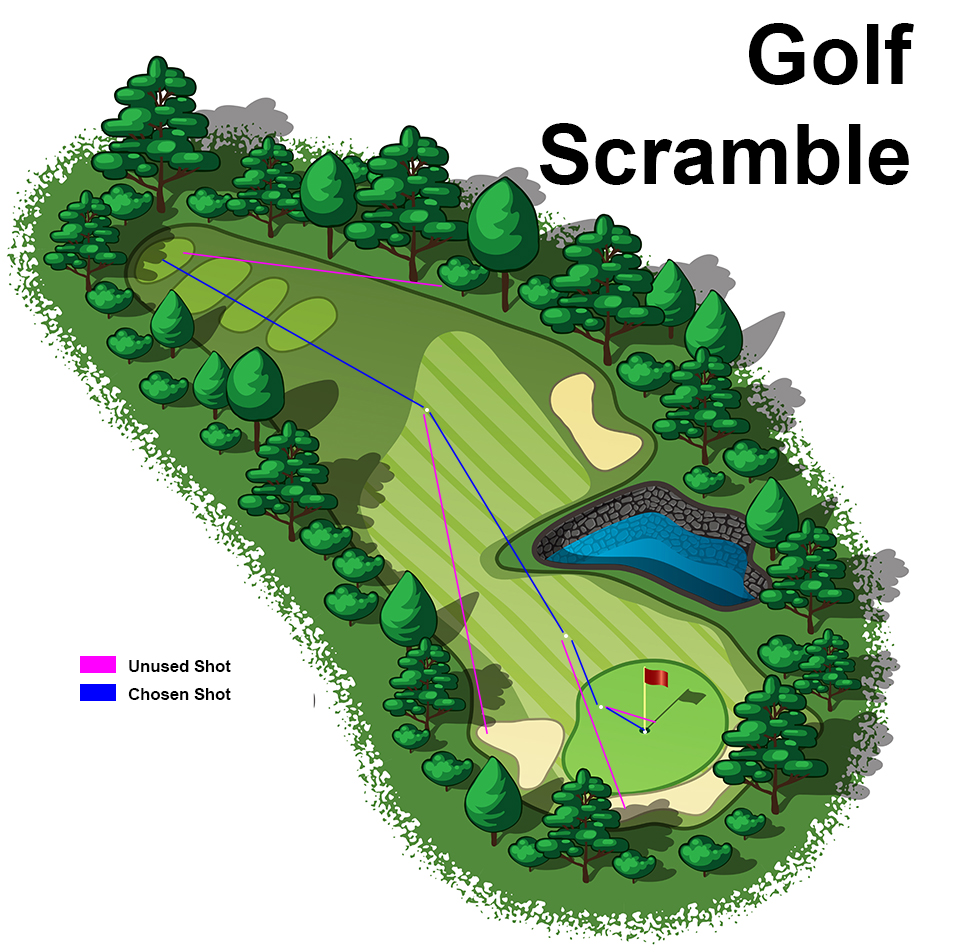 The image above shows an example of a 2-golfer scramble:

Now that you know what a scramble is, here's the difference of a shamble vs a scramble:

The tee shot of a "Shamble" plays like a "Scramble" with all team members playing from the best drive. However, after this point, all team members complete the hole individually as if they were playing by stroke play (the most common scoring format). Though each golfer plays their own ball after the tee shot, like in stroke play, the team's scores for the hole is the lowest score of any individual golfer (like when playing the Best Ball format).

If you're already familiar with both "Scramble" and "Best Ball" golf scoring formats, you can think of a "Shamble" as a Scramble for the first shot, then Best Ball from for the rest of the hole.

In case you're still not clear on how a shamble is played, here is an example of a hole played by two golfers in a shamble format:

Both scramble and shamble formats are an excellent way for golfers at various skill levels to contribute to a team score. These formats are frequently used for more casual competitive team events and golf outings.

When comparing the scramble vs shamble format, a traditional scramble gives less skilled golfers a better chance to contribute to the team's score than a shamble. This is because one good shot benefits the team in a scramble, while (aside from the tee shot) a team member would have to play well for an entire hole to contribute in a shamble.