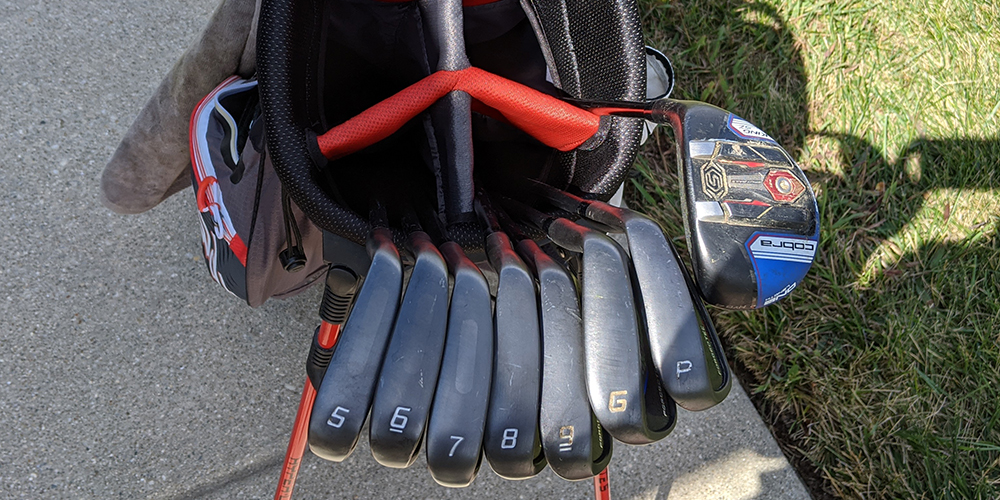 Even though a set of single-length irons were first mass-produced over 30 years ago, it wasn't until recently that a large portion of golfers began showing interest.

Much of the recent buzz around single-length or one length irons can be attributed to Bryson DeChambeau's success on the PGA Tour. DeChambeau, who started using single length irons in 2011, had 4 PGA wins in 2018,  won the Rocket Mortgage Classic in 2020, and had 9 total finishes in the top 10 during the 2020 PGA season. He accomplished all of this playing a set of COBRA ONE Length irons. 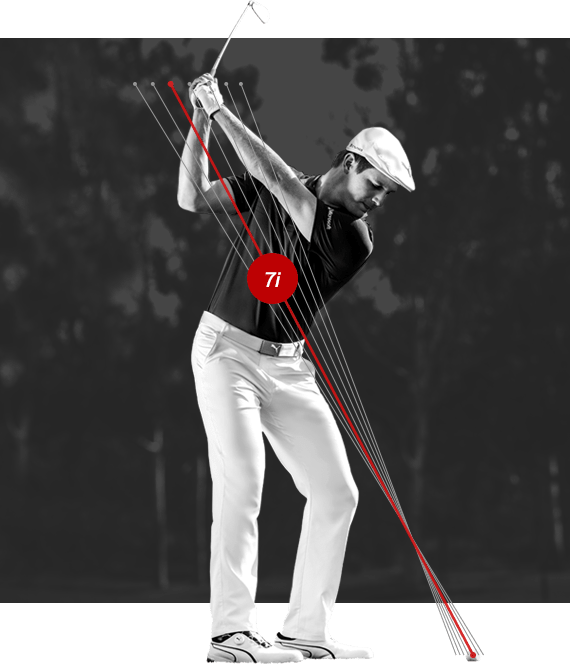 Now that everyone's interest is peaked, golfers have many questions related to single-length irons. In this guide, we'll answer all your single length iron questions.

You can jump ahead in this guide using the following links:

In a traditional set of irons (now sometimes called "variable-length irons"), shaft lengths increase as golf clubs' loft decreases. A 5-iron, which has less loft than a 6-iron, will be slightly longer than the 6-iron. A 6 iron is longer than a 7-iron, and so forth.

As the name suggests, a set of single-length iron and hybrid clubs will all be the same length. It's most common for them to all be the length of a 7-iron (around 36.75"-37.5" depending on the set).

Since the length of all single-length irons and hybrids are the same, manufacturers will adjust some combination of the loft, lie angle, offset, and weight balance to achieve proper looks at address and distance gapping.

The main benefit of single-length irons is that you can use the same setup and swing for every club. 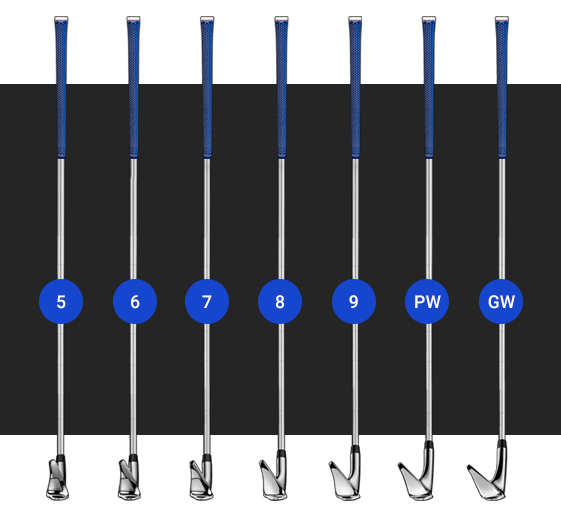 When one of the founders of this website was just getting back into golf after a long layoff, he found himself struggling with some of golf's basics, including ball position. While ball position at setup may sound like a simple concept, it was made more challenging because he primarily sees from his right eye due to vision problems in his left eye.

Finding the right ball position became a distraction for him, leading to too many unnecessary thoughts during his setup and swing.

By switching to a set of COBRA Forged Tec Black ONE Length Irons, he easily fixed his ball position issues and now has a much clearer head before hitting a shot. Single-length irons allow you to use the same ball position and setup for every club, giving you less to think about before swinging.

Because the ball position and club length are the same, you can use the same swing for every single-length iron, improving consistency and repeatability.

Another positive of single-length irons and hybrids is that beginners will find lower lofted clubs easier to hit than their longer shafted traditional-length counterparts. One length hybrids, in particular, are very easy for most players to hit.

While single-length golf clubs can make it easier to improve your consistency, they can also have some drawbacks.

Before diving into the cons, we want to warn you: Though we've listed a higher number of potential cons for single-length irons than pros, we think the significance of the pros will outweigh the cons for many golfers.

The biggest drawback of single-length golf clubs is you'll probably lose some distance with your lowest lofted clubs. Manufacturers and club fitters can work wonders to make appropriately gapped single-length club sets, but you'll always have more distance with a longer club (assuming all else is equal).

For example, the COBRA SPEEDZONE 3-Hybrid is 40.5" long, compared to the ONE length version that's 37.5". You'll always be able to generate more club speed with a longer club. Most players should expect to lose 10-25 yards with the 3" shorter hybird.

Some manufacturers may adjust the loft of single-length clubs compared to traditional versions of the same clubs. This has the potential to affect the trajectory of your shots negatively.

Distance gaps between single-length clubs have traditionally been an issue, though modern single length sets have mostly solved these issues with improved adjustments. Keeping this in mind, you may want to avoid earlier model single-length iron sets and expect somewhat condensed gaps between even the best one length irons.

Takes Time to Get Used To If Used to Traditional Clubs

One "con" that should be obvious is that single-length irons will take some getting used to if you've previously played with traditional-length golf clubs. For this same reason, we'd take reviews of one length clubs with a grain of salt from people who only used them for a day after using variable-length clubs their entire lives.

As we mentioned at the start of this guide, interest in single-length irons is at an all-time high, but only a few manufacturers have hopped on the bandwagon. If you're in the market for single-length golf clubs, you'll find that only a small number of manufacturers are producing them.

Cobra, Bryson DeChambeau's sponsor and club maker, are by far the most noteworthy manufacturer in the space.

Beyond Cobra, you'll have to look at more boutique brands like Sterling Irons.

If all of your irons and hybrids are the length of a 7-iron, your club speed for all clubs on a full-swing should be that of a 7-iron.

When you hit a thin full-shot with a higher lofted club, like a wedge, your miss can be a lot further past your target than if using a traditional-length wedge due to the extra club speed.

Though this can seem like a big issue, the counter-argument is that you'll likely have a lot less thin misses once you get used to single-length irons because your setup and swing for every club will be the same.

All of the higher handicap golfers we know who have tried single-length golf clubs have drastically reduced the number of thin misses they have.

May Find Short Game is Difficult With Longer "Short Irons"/Wedges

Lastly, one length wedges can be challenging to use for short shots around the green that require more feel. This website's founder that we mentioned above uses single-length clubs from 4h, 5-iron to GW, then uses standard length 56 and 60-degree wedges. However, other golfer that have switched to one length clubs have actually seen improvements in their short games.

Who Should Play Single-Length Irons?

Everyone is different, so it's impossible for us to say with 100% certainty if single-length golf clubs will be right for you. With that in mind, here are some categories of golfers who could benefit from single length irons and hybrids over variable-length clubs: